Nearly 43% of patients with non-small cell lung cancer (NSCLC) whose lung cancers harbored a specific KRAS mutation responded to the experimental drug adagrasib, and the targeted agent also showed activity against lesions in the brain that metastasized from the lung tumors, according to results of a study led by Dana-Farber Cancer Institute investigators.

Mutations in the potent oncogene known as KRAS occur in about one in four patients with NSCLC, and approximately 13% of NSCLC patients’ tumors are driven by a specific KRAS mutation called G12C. KRAS mutations have long been considered nearly impossible to attack with targeted drugs after many years of research attempts. However, in 2021 a targeted drug, sotorasib, became the first drug approved by the Food and Drug Administration for NSCLC patients whose tumors harbored the G12C mutation, based on a clinical trial showing a 36% response rate in those patients after having initially received treatment with chemotherapy and a PD-1 immune checkpoint inhibitor.

Reporting the results of a new phase 2 trial presented at the 2022 Annual Meeting of the American Society of Clinical Oncology (ASCO) and simultaneously published in the New England Journal of Medicine, investigators led by Pasi Jänne, MD, PhD, director of the Lowe Center for Thoracic Oncology at Dana-Farber, showed that treatment with a different KRASG12C mutant inhibitor, adagrasib, yielded a 42.9% objective response rate and a median overall survival rate of 12.6 months in a cohort of 112 patients who had previously received both chemotherapy and immunotherapy with a PD-1 immune checkpoint blocker. Notably, adagrasib treatment also achieved a 33.3% response rate in 33 patients who had stable metastatic lesions in the brain and central nervous system that had spread from the lung tumors. 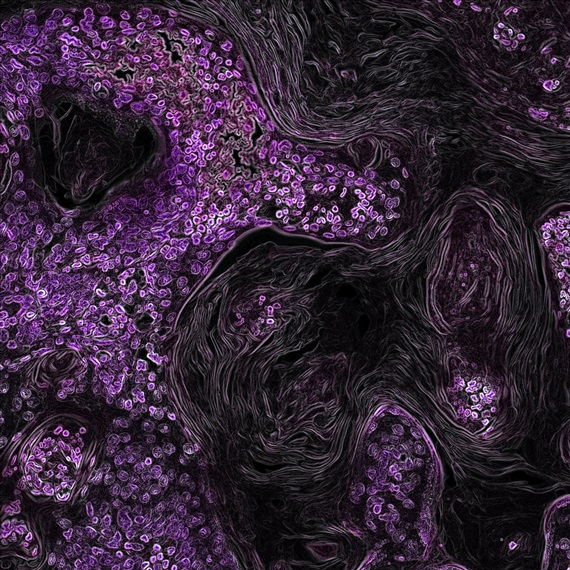 “These data highlight that inhibiting KRASG12C can lead to clinically meaningful benefits to NSCLC patients with this form of lung cancer,” said Jänne. “Brain metastases are challenging to treat and having a pharmacologic agent that shows activity in this setting is an advancement and movement in the right direction.”

Patients with KRASG12C have had few options after initial chemotherapy and immunotherapy stopped working. In the new clinical trial of adagrasib, median progression-free survival (the time patients lived before the cancer began to worsen again) was 6.5 months and the median response duration was 8.5 months. The oral drug was taken twice a day.

Because the KRASG12C tumor cells typically continue to proliferate, researchers believe sustained inhibition with drugs may be necessary. Consequently, adagrasib was optimized for favorable properties including a long half-life (23 hours) and ability to penetrate the central nervous system. Clinical activity with adagrasib has been shown in patients with other KRASG12C tumors, including colorectal, pancreatic, biliary tract, and other cancers.

This clinical trial was sponsored by Mirati Therapeutics, Inc.