Large-scale collaboration will leverage each institution’s expertise and infrastructure to advance understanding of the biological basis of pediatric cancers, identify new vulnerabilities of these diseases and accelerate cures globally.

The Broad Institute of MIT and Harvard, Dana-Farber Cancer Institute, and St. Jude Children’s Research Hospital announced the largest academic collaboration of its kind to transform and accelerate the identification of vulnerabilities in pediatric cancers and translate them into better treatments.

The collaboration is supported by a new joint funding investment by all three institutions of more than $60 million over five years. This investment will support infrastructure development and scientific work by a team currently composed of more than 80 collaborating investigators, data scientists, and research staff. The effort is expected to reach 100 members as each institution adds employees.

By combining the intellectual leadership, technical expertise, and institutional resources of the three institutions, this new collaboration is designed to address critical gaps in knowledge related to the biological basis of childhood cancer, and how it might more effectively be treated. The Pediatric Cancer Dependencies Accelerator project, notable for its large scale of investment, number of collaborating scientists, and scientific scope, will accelerate progress in the development of new treatments for aggressive childhood cancers by: 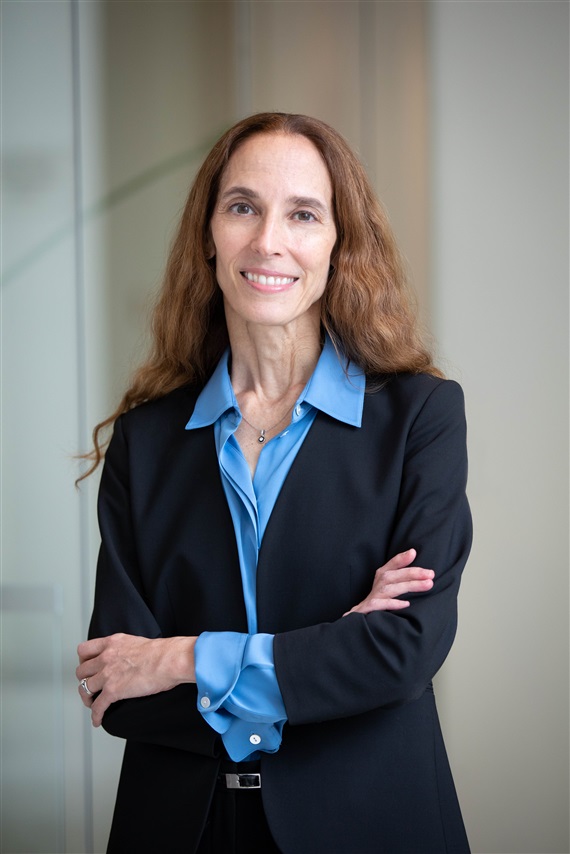 “Despite many advances, cancer remains the number one cause of death by disease for children in the U.S.,” Roberts said. “It can take decades in a research lab to understand mechanisms and develop new treatments. Through this project, we believe we can now leapfrog barriers to rapidly identify therapeutic vulnerabilities in childhood cancer and translate those into targeted therapies in the clinic much faster.”

“Our first-generation Pediatric Cancer Dependency Map project was wildly successful but just the tip of the iceberg,” Stegmaier said. “I am so excited about this unprecedented collaboration among three extraordinary institutions. The PedDep Accelerator will uncover novel, and much needed, new therapeutic targets while also revealing the mechanistic underpinnings of a wide range of childhood cancers, providing a treasure trove of data for our research community.”

"The PedDep Accelerator exemplifies the power of deep collaboration and of bringing a multidisciplinary team together across institutions to tackle an important disease challenge that affects children worldwide," Vazquez said. "Through data sharing and tool development, we are committed to creating a resource that the scientific community can leverage to make a real impact on childhood cancers. I am excited to see the impact this project will have on the pace of therapeutic discovery for pediatric tumors."

Pediatric cancer: An opportunity for innovation and discovery 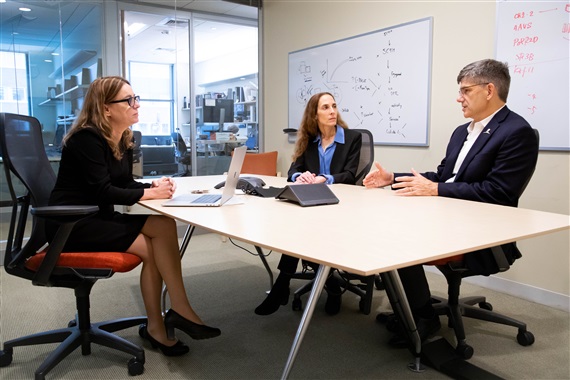 The collaboration builds on groundbreaking research initiatives from each institution. Over the past decade, the St. Jude-Washington University Pediatric Cancer Genome Project and other large-scale sequencing efforts have yielded rich insights into the genomic landscape of pediatric cancers, including the understanding that most disease-driving genetic mutations are not druggable. Developing precision therapies will require identifying cancer dependencies and vulnerabilities that are not revealed by mining genomic datasets alone.

The Cancer Dependency Map (DepMap) Initiative at Broad has developed extensive, world-class datasets and computational infrastructure that has impacted research and target discovery programs worldwide. Launched in 2015, the Pediatric Cancer Dependency Map Project (PedDep) served as a proof-of-concept to apply the DepMap approach to childhood cancers. For example, whole-genome CRISPR screens have now been effectively deployed at scale to identify vulnerabilities in hundreds of adult cancers, and proof of principle has been established that these approaches can also identify weaknesses in childhood cancers, which often have much simpler genomes. Large-scale drug screening capabilities have also been developed. That infrastructure and expertise will be leveraged and expanded through this effort.

The project will rely on modeling expertise from St. Jude and Dana-Farber in the creation of patient-derived xenograft (PDX) models that use cancer cells from patients, and thus more closely match the biology of the disease as it appears in the clinic. Computational biologists at St. Jude will contribute a breadth of expertise on the analyses of epigenomic and genomic characterizations, data visualization, and the development of computational pipelines. Additionally, St. Jude infrastructure will facilitate combination drug screening and in vivo CRISPR- and drug-screening approaches.

Cross-functional groups will include Broad, Dana-Farber, and St. Jude investigators, focusing on three core disease areas (brain tumors, hematological malignancies, and solid tumors) and bringing to bear pan-cancer expertise in data science, functional genomics, and large-scale drug screening. Together, researchers at these institutions will enhance and accelerate progress by combining unique strengths and resources to address the greatest challenges to understanding and treating pediatric cancers.