A combination therapy that targets cancer cells from within and without caused tumors to shrink or stabilize in 75% of patients with recurrent or persistent estrogen receptor- (ER-) positive endometrial cancer. Results from this trial were shared by Panos Konstantinopolous, MD, PhD during a plenary session at the SGO 2022 Annual Meeting.

The phase 2 study evaluated the combination of abemaciclib, a targeted drug, and letrozole, an aromatase inhibitor, in 30 patients with recurrent ER-positive endometrial cancer, a form of the disease in which tumor growth is fueled by estrogen. The patients had received a median of three prior therapies, and about half of them had been treated with hormonal therapy. 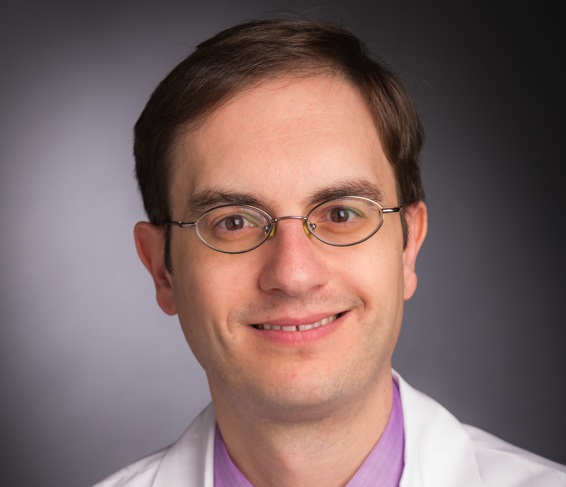 The two-drug regimen was tolerable for most patients: only two left the study because of toxic side effects. Some patients continued to benefit from the treatment and remained on the trial for more than a year. Two have been on it for more than two years.

“When we compare the efficacy of this regimen with that of other endocrine therapies for endometrial cancer, we can see this combination is extremely promising,” says Dana-Farber’s Panagiotis Konstantinopoulos, MD, PhD, the first author of the study, who presented the findings at SGO. “Our findings suggest it will be a very effective alternate endocrine therapy for patients with recurrent endometrial cancer whose tumors express the estrogen receptor.”

Endometrial cancer, which begins in the lining of the uterus, is the sixth most common cancer worldwide, diagnosed in more than 400,000 women every year. The majority of endometrial tumors are ER-positive.

Endocrine therapy, which seeks to reduce the amount of estrogen reaching tumor cells, is an option for patients whose cancer has begun to grow after chemotherapy and immunotherapy, or for those whose cancer is slow-growing and produces relatively mild symptoms. Because the benefits of such therapy tend to be fairly modest and short-lived, researchers are exploring ways to improve its efficacy.

Letrozole works by preventing an enzyme in fat tissue from converting certain hormones into estrogen, thereby lowering overall estrogen levels. Abemaciclib blocks the CDK4 and CDK6 proteins, which play a key role in cell proliferation. Combining these agents provides a two-pronged attack on ER-positive endometrial cancer cells, taking out a key cog in their growth machinery while lowering the availability of estrogen.

Analysis of patients’ tumor tissue showed that responses to the regimen occurred regardless of a tumor’s grade (how abnormal its cells look under a microscope), prior treatment with hormonal therapy, or the presence or absence of progesterone receptors on tumor cells. All patients whose tumor cells harbored mutations in the KRAS, CTNNB1 or CDK2NA genes responded to the therapy, while those whose tumors had TP53 mutations were less likely to respond.

“Based on our findings, the letrozole/abemaciclib combination should be considered worthy of further evaluation for patients with recurrent ER-positive endometrial cancer,” Konstantinopoulos said.

Back to SGO Highlights